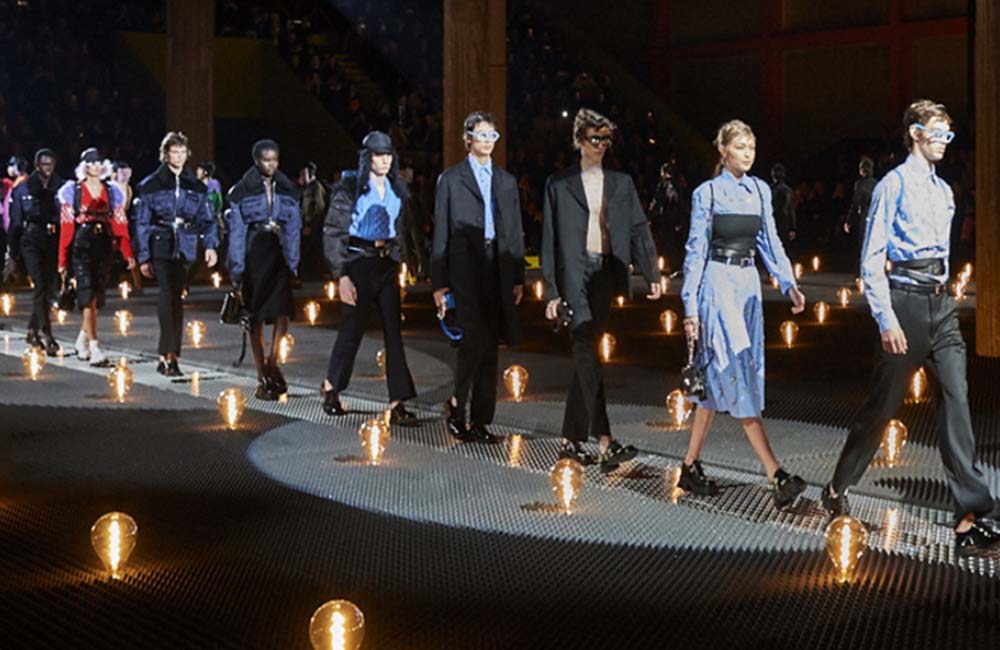 Italian born, Miuccia Prada confirmed that her new AW2019 fashion collection which made its debut on the runway in Milan last night (13th January 2019) is based on Mary Shelley’s Gothic novel which tells the story of Victor Frankenstein as he creates a sapient creature in an unorthodox scientific experiment.

Chatting to UK newspaper, The Guardian, Miuccia told them: “Frankenstein is an example of a monster with a big heart, so that was the main idea.”

The Italian fashion designer extraordinaire, revealed that she was taken by Shelley’s novel because of the English authors anonymously, releasing her work because her gender meant she could not publicly publish the story.

69-year-old Prada, who also owns fashion brand, Miu Miu, explained that she wants the Prada brand to be conscious of what’s happening outside of fashion and wants to translate this into her designs.

She explained: “As a designer, you have the problem of how to translate what is happening outside in fashion without being pretentious. You can’t be pretentious in fashion.”

“I am aware of all the problems, but we are still a luxury company, so you can do a lot. But I always have to be careful of what I say.” Prada’s AW2019 range inspired by Frankenstein’s monster.”