Ariana Grande poses in her Grammy dress. American singer, Ariana Grande opted not to attend the 61st annual Grammy Awards 2019 last evening but still dressed up for the occasion by wearing a ball gown designed by Zac Posen as she watched it live on TV.

The 25-year old popster, decided to boycott the lavish ceremony that honours people and artists in the music industry. The “God is a Woman’ singer decided to snub the awards that were held at the Staples Center in Los Angeles last night 10th February 2019, following a dispute with producers over her planned performance.

However, the Florida beauty was not going to be distracted from the occasion and decided to dress up for it as she donned her beautiful gown that was designed by American fashion designer, Zac Posen.

Taking to social media, the singer posted a photo of herself posing at home wearing the her custom -made pale blue strapless gown which was accompanied with diamond choker and earrings.

The “No Tears Left to Cry” singer captioned her photo : “when @zacposen makes u a custom gown it doesn’t matter if you’re singing or not… thank u” 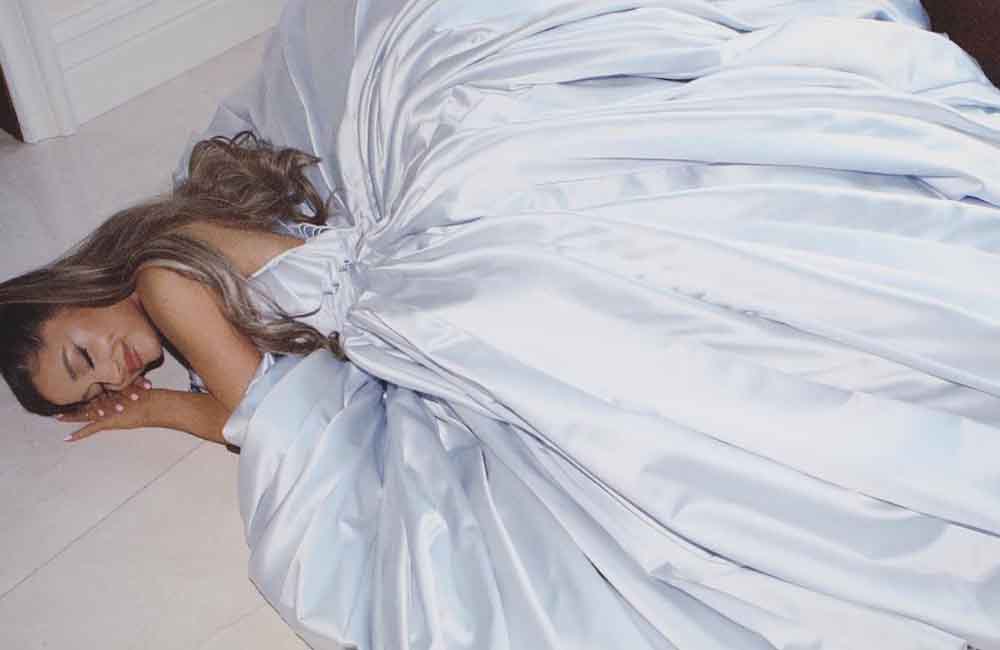 Explaining her absence from the ceremony she continued: “I know I’m not there tonight (trust, I tried and still truly wished it had worked out tbh) and I know I said I try not to put too much weight into these things …. but f**k ……. this is wild and beautiful. Thank you so much (sic)”

Ariana had grilled Grammys producer Ken Ehrlich on her Twitter account a few days before the awards where she shared photos of a interview he’d given in which he claimed she couldn’t “pull something together” in enough time.

She wrote: “i’ve kept my mouth shut but now you’re lying about me. I can pull together a performance over night and you know that, Ken. it was when my creativity & self expression was stifled by you, that I decided not to attend. i hope the show is exactly what you want it to be and more.